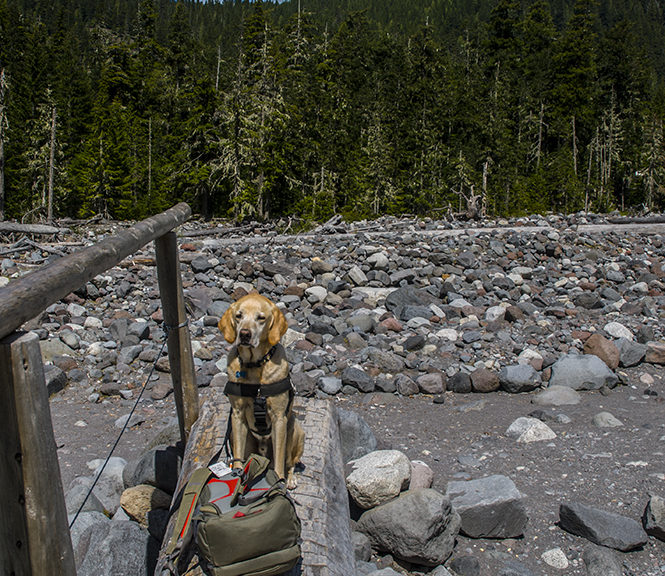 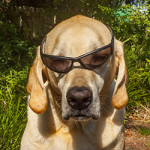 Woof, I was so glad we left Eugene. I know it was restful for Matt but it was a bit stressful for me. Where we slept was not as bad, but during the day Ginger the dog just would not leave me alone. Woof! I like attention and getting to know each other but this was way over the top! It did make me a bit happier our last day in Eugene Matt took me on an extra long walk and we played some Frisbee before we got on the road again. Then drove all the way to the ocean, I could tell we were getting close because I could smell it. Matt told me this one is call the Pacific, at first I thought he said Specific. He laughed a long time and corrected me but you should hear some of the mistake he makes. Even I know they are wrong, ruff! I laugh to myself when other humans correct him sometimes. When we got to the beach we were the only ones there so I ran and played on the dunes and I got swim in the ocean. We camped at different places as we traveled up the coastline and honestly I think it was prettier than Nova Scotia, I think I called that place New Scooty last year when I did not know better.

After the desert we sure have been around a lot of water. We went to a big tall waterfall, I can’t remember the name but I do remember it was in the Columbia River Gorge. I will have to ask Matt to name it on the photo when he uploads this blog. We rested some in our campsite at the river; Matt liked listening to the trains. He told me he was going to take me on a train trip sometime. I think that would be fun, woof, woof!

Next we went to some tall mountains where the tops were all covered in snow. Matt said they were volcanoes and they could be very surprising things. Matt said the first one we visited he actually watched explode, well not in person, he saw it on TV.  Another one was the tallest mountain and it was covered up by clouds when we first got there, but while we were on a hike it cleared off enough for us to see, and oh, all that snow, woof!

After seeing all these wonderful places we came to Port Townsend to visit and stay with some friends. I have even met one of them before a long time ago. The best part is I made a new best friend, Sophie, who plays with me all the time. I do not even mind when Matt leaves because I can play and not work. There is a big yard and it is pretty far from busy roads so I can run and roam and not worry about watching out for traffic. I really like Sophie and I think she likes me a lot. I think sometimes I wear her out throwing the ball so much but it is so much fun. The only bad thing is after Matt washed his truck he told me it was time for a bath. You know I do not mind water, I just do not like smelly baths, ruff!

We have just left for Olympic National Park; this will make number 23 for me. Matt has one more because he visited a small national park in Seattle. I do not mind because I got to play with Sophie. Of course we have visited more places than that. Those are just the national parks and monuments we have seen. More adventures, WOOF! 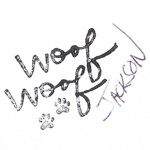 7 thoughts on “Oceans and Big Mountains”