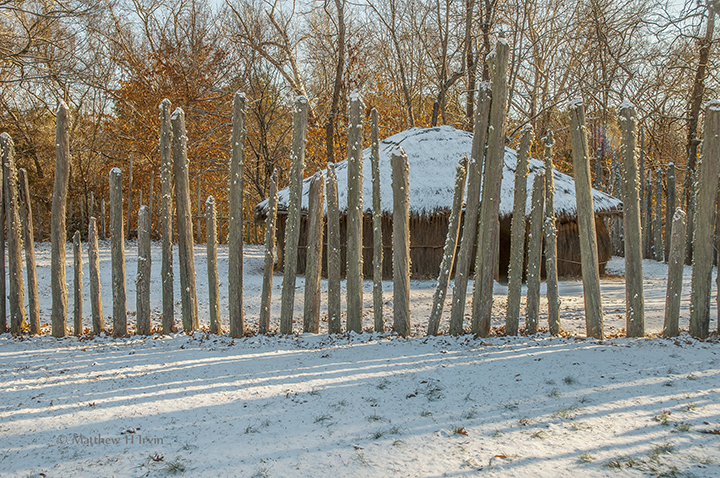 Hello, Matt stepping in on this post on Jackson’s blog. I have been busy for the last few months with a pretty big personal project. After Jackson’s last post on August 31 I didn’t check back on the blog for quite a while. It appears from the traffic history the page went down sometime in November and when Jackson wanted to do a post I found I couldn’t access the page. That was in December so when I finally started trying to find out what happened I couldn’t restore from the backups as the system only goes back 30 days. After some excellent customer service where I host my site I was able to troubleshoot the problems and get the page running.

Jackson is working on a new blog entry so we should have some news from him soon. We both hope everyone had joyful holidays and have had a great start to the new year. 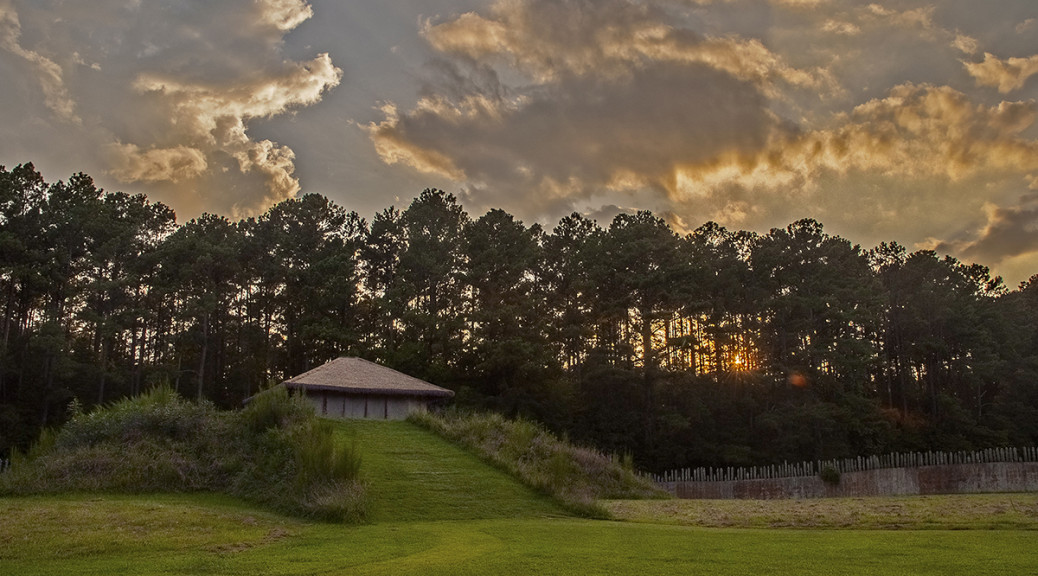 Town Creek Indian Mound has a definite presence in its isolated corner in Montgomery County. Every time I come to the site I have a unique experience. I used these three photographs as they represent sunrise, sunset and the Milky Way. What I like about being here  is the lack of modern “civilized” sounds. All one can hear are the sounds of nature, no cars, planes or voices, just one with the surroundings and at night no artificial light to mar one’s view of the sky. Time slows down where you can live in the moment and that’s all that matters…

Standing in the field in front of the Indian mound this morning waiting for the sunrise I was listening to distant woodpeckers drumming on hollow trees in response to each other. One bird was on the left and the other drumming off to the right. The stereo drumming echoed off copses and hollows surrounding the ancient place. In the center field of my hearing a turkey gobbled off in the distance in the gathering dawn light. Hardly any human sound interrupted the morning chorus of the songbirds, just the occasional distant car traveling to work on the highway. These words hardly touch the experience. 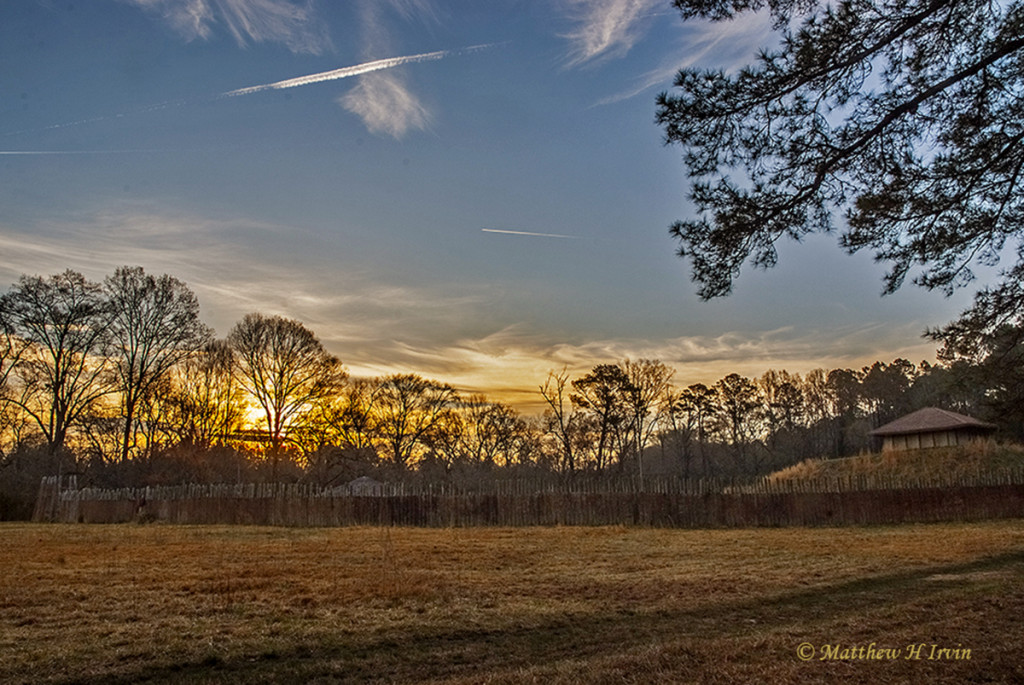 My last trip to Town Creek was back in April, six months ago when spring was just giving its promise of new growth, warmth and a respite from the grey winter months. It was early morning; the sunrise brought out Pileated woodpeckers who were drumming to each other, calling each other to the cycles of the awakening spring. The air had a magical feeling, a newness rising, life starting over, and growth about to begin.

This evening was once again magical; it was during the golden hours of the last sunlight, now in late summer, growth is coming to an end and life is in the early stages of going dormant, wildlife is preparing for leaner times. Mourning doves were calling to each other, the melancholy sounds floating from the edge of the field. Towhee declaring their territory broke into the melancholy coos of the doves while the breeze was matching the sound of the rushing creek on the opposite side of the mound.

Waiting for the darkness to become complete I am under the open sky within the stockade with friends. We are eagerly waiting for the Milky Way to make its appearance. I drove across the river to the Indian Mound do some astrophotography.  This is one scene I have been planning since this summer and my new interest in photographing the nighttime sky. My goal was to frame the galactic core of the Milky Way over the lodge on the mound. As we waited patiently planning out what we wanted to accomplish the sky darkened and the crescent moon dipped below the tall straight pines standing guard behind the mound. Finally the hour came and we jumped into action doing some light painting on the lodge so it would show up in the photograph. We didn’t get lost in all of the technical aspects though. We did have time to wonder and gaze at the heavens at the incredible expanse of space and stars didn’t make me feel small, it made me feel like we were interconnected with everything and everyone.

This area is rich in history of many Indian cultures, Town Creek being one of the more recent. You can visit the site at their Facebook page:

Or their web site: