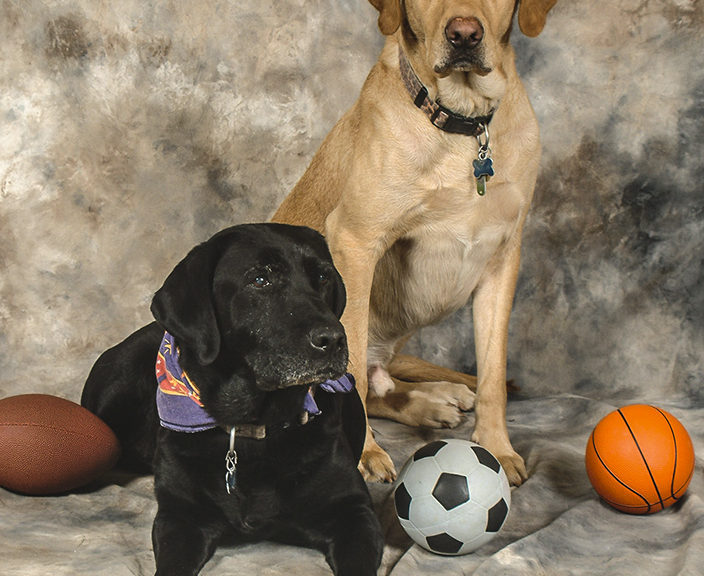 This was an article I ran on my  editorial page when I was the editor of our local paper. A little history should be explained; back in the day I was guilty of “hobby” breeding Labrador retrievers. This is a story about the last in a line of a remarkable bloodline that started with my first Labrador, Matt’s Dillon, back in 1971. When I did breed, it wasn’t for money and I tried to make sure each puppy did go to a good home. Those days are long over and now I am “owned” by a shelter dog who adopted me. This was first printed in the Summer of 2007.

Last week I experienced the end of a life I had helped bring into the world.

A close companion of almost 15 years, my dog Kitty, passed away Friday. She lived a long life and like most Labs was a very rambunctious dog until she mellowed out at 8-years-old. She was the fourth generation of a blood line from my original Labrador, Matt’s Dillon.

Dillon stayed with my parents here in Stanly County when I moved to Charlotte. I couldn’t see moving him to a busy city when he was used to living in the country. My father got a female and named her Miskity – after the Miss Kitty in Gunsmoke and raised a litter. I took home a pup from that litter called Doc, we had named the whole litter after Gunsmoke characters.

I bred Doc with a dog in Charlotte and had pick of the litter. I held the pup hours after he was born, the only yellow Lab in the litter. I named him Aquilia after a renegade wolf widely known out west in the 1800s. He was Kitty’s father.

I was present when Kitty was born, this was the mother’s first litter, I helped with the first few pups until she became comfortable with what was going on. Regretfully I was not with her when she died; I was at work when she passed away last Friday afternoon. She had been at my side for the past decade and a half and was an energetic and spry dog until her last year. That is when she stopped climbing up the long flight of stairs in my father’s house. I made sure she was comfortable in the lower portion of the home. She could still come up the stairs of the side porch with some difficulty, but she could make it, though she preferred my father’s ramp to get in the house.

I took her to visit one of her sisters from the same litter two years ago. I have given the dog to a good friend who is also in the newspaper business. I don’t know if dogs recognize siblings they haven’t been around for more than a decade, but they did seem to have a bond.  We went on shore hikes and both enjoyed themselves. Dina, my friend’s dog, passed away about eight months after that reunion.

I went on a week-long vacation two weeks ago, when I returned I saw a marked difference in the way Miss Kitty was able to get around and I knew the time was coming soon. I tried to help her walk at times and tried to make sure she was eating properly. The day she refused to eat or drink I knew it was time from  prior experiences.

Saturday my brother and I returned her to the earth, tough work in our dry Stanly County soil on a hot day. After digging a grave deep enough for a 65-pound Labrador, we picked her up in her shroud and I placed the first shovel of earth on her and said farewell to a good friend.